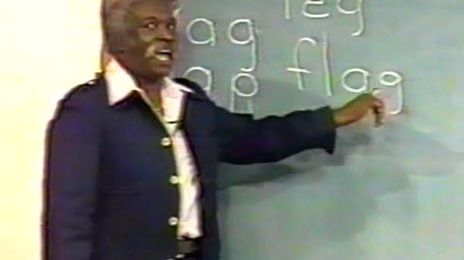 Who is George Cureton?

George Cureton was a high school science teacher who was frustrated that his high school students could not read their science textbooks. He complained so much to his Superintendent that he was re-assigned to junior high to find out why students were not learning to read. The junior high teachers told him that it was not their fault because the students came to them from elementary school unable to read. Eventually, he moved down to teach 1st grade and was shocked to find the methods that were being used to attempt to teach children to read.

Trained as a scientist, he found it absurd to think that children should be expected to memorize thousands of words by sight or to memorize whole stories and somehow magically figure out the system of reading and spelling.

He had not been trained as a reading teacher. (In those days they didn't have reading teachers.) He knew from his scientific background that there had to be a systematic way that language worked. So, he went to his grandmother who had taught him to read before he ever started school and said, "How did you teach me to read?"

She looked amused at such a simple questions and replied, "Why, I just taught you which letters went with which sounds, and then we started sounding out the words. Then I had you tell me what that word or sentence meant. In no time you were reading library books and the newspaper."

Cureton returned to his 1st grade classroom and started teaching every child to read.

This occurred in the inner city of Newark, NJ in an area where children were not supposed to be able to read because they came from such poor home situations. (All the same excuses we hear today.) But the children were eager, excited and competitive. So, Cureton made up games, songs, and exercises and before the end of 1st grade his students could all read the newspaper. Other teachers in his school began using Cureton's method, and as word of the successful method spread, Cureton received a grant to get his materials into a publishable format.

Action Reading was first published in 1973 by Allyn & Bacon. It has been used successfully in every state of the union and within every socioeconomic group. It works just as well in affluent suburbs as it does in inner city areas. Eskimo children in Alaska and Native American children in Arizona learn to read the same way children in inner city Newark or children in wealthy private schools do.

George Cureton was New Jersey Teacher of the Year and served on President Nixon's Task Force on Literacy. He passed away in 1995.

← Free Tutorial E-Book, How Lionel Lion Learned To Read
Thirty Years of Research: What We Now Know About How Children Learn to Read →