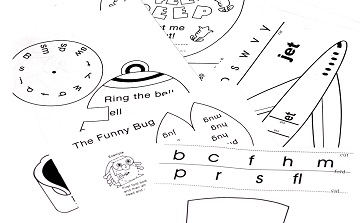 How Home School Children Learned to Read in TWO Weeks

A group of Mesa, AZ parents joined together to teach their children to read in an intensive two week session. They knew that reading is a skill that a child learns once and then uses that skill to study subjects and to read for meaning and pleasure.

The parents had learned that there is a code to the English language and once a person knows that code they can read anything in English. Instead of having their children try to memorize words by sight, they used www.actionreading.com to teach them the phonics code that enabled them to read every word they spoke, every word they understood and to begin learning new things. Instead of memorizing a few hundred sight words each year the children quickly learned the code that enabled them to read any of the 150,000 words in the English dictionary.

By the end of the class the children could read their Bibles.

The code is simple 26 - 44 - 70. English is based on a sound symbol relationship called phonemic awareness: the awareness that words are made up of individual sounds. Each sound (phoneme) is represented by a symbol (grapheme). The written form of a sound is called a phonogram. That is the basis of the phonics code. When we speak we use 44 different sounds (phonemes) to make all of the words. When we write down those sounds we only have 26 symbols (letters) to use so some sounds have to be represented by two or more letters. (examples: sh or ow) Some sounds can be represented in more than one way. There are 70 ways to spell the 44 sounds. (example: the A sound can be spelled ai as in rain or ay as in day or eigh as in weigh) The Code: 26 letters – 44 sounds – 70 ways to write them.

Children used a horn book to learn the letter sounds. Learning to read was a simple process of learning which letters and groups of letters represented which sounds.

The New England Primer of 1690 was the beginning textbook for students: until 1900 it continued to be a principal text in all American schools: public, private, semi-private, home, dame, parochial, etc. The Founders and most other Americans learned to read from the New England Primer and the Bible. The same process of learning the sounds represented by the letters was taught. It was called sounding out the words. Students read moral stories.

Webster’s Blue Backed Speller of 1880 taught the sounds of the letters and how to combine them into simple words, then syllabication, spelling and writing. It had thousands of words and hundreds of stories. It taught grammar, word endings, prefixes and suffixes, abbreviations, definitions, homonyms, synonyms, homophones, plurals, parts of speech, numbers and foreign words.

This simple code was used until the method was changed to have children memorize words by sight. Sight reading destroyed literacy in the schools by turning the skill of reading into a subject to be taught for eight years with eight years of textbooks. Until this time there was no such thing as levels of reading.  A person could either read or they could not read.  If they could read, they could read anything; Shakespeare, the newspaper, the Constitution, the Bill of Rights, the Bible, anything.

← History of the Alphabet
FUNdamentals Online →