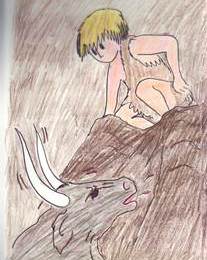 Every one of our letters comes from a pictographic symbol

This drawing, which can be found in caves with prehistoric pictographs, represents the head of a bull. 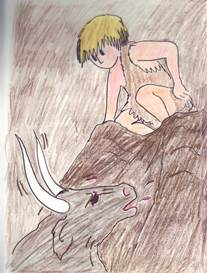 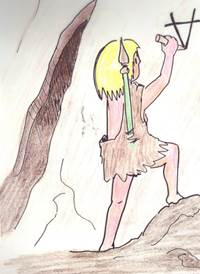 If a person was being chased by a bull, and wanted to alert the other cavemen in the vicinity, they would not make such an elaborate drawing. Instead, they would use simple lines to illustrate the horns, ears, and nose.

Over many centuries, this symbol was turned on its side.

The Romans adopted it in this form.

They dropped off the extended arms and it became our capital letter 'A'. The Hebrew name for this letter was Aleph. The Greeks called it Alpha.